Meet the Toymaker of Kashka-Suu 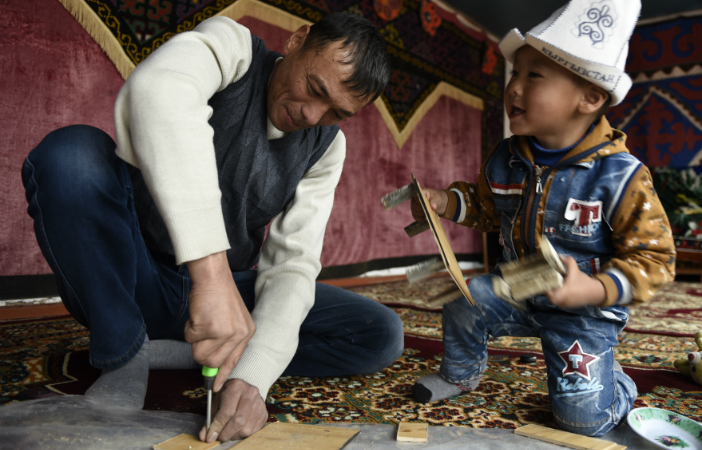 Recycled wood, a handful of screws, and a few tools – sometimes, it doesn’t take much to transform a father’s relationship with his child.

In his rural home in the Kyrgyz Republic, Kurbanaliev Abutalip crouches in front of a makeshift work bench and spreads out his materials: scraps of wood, empty plastic bottles, nails, hammers, screwdrivers, and a saw.

With these basic supplies, Abutalip has found a way to craft a connection with his three children: making toys.

Abutalip and his wife Sanabar hatched the idea to make toys for their children – five-year-old Ayana, three-year-old Nursamit, and one-year-old Nursalih – after attending parenting classes before Nursalih was born. 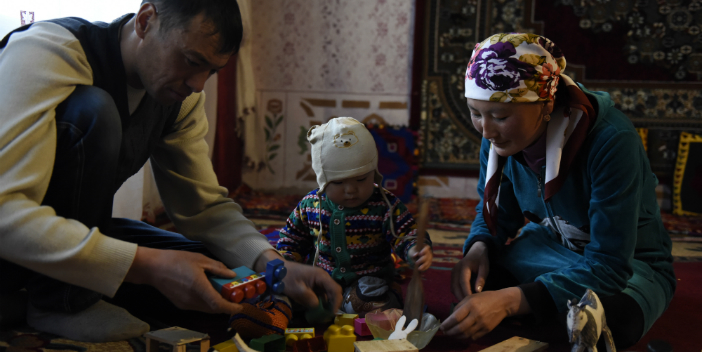 The family lives in the village of Kashka-Suu, nestled between farmers’ fields and foothills about an hour’s drive from the Kyrgyz capital of Bishkek.

A former Soviet state, the Kyrgyz Republic is a mountainous country with a spread-out population. Sixty-five percent of Kyrgyz citizens live in remote valleys, making it difficult to access essential services like health care and education.

But families in Kashka-Suu have a local parenting resource centre, supported by Aga Khan Foundation Canada. At the centre, mothers and fathers learn the basics of caring for young children, like proper nutrition, good hygiene, and the importance of playtime.

A child’s brain develops rapidly in the early years of their life, and play helps children cultivate skills they will need as adults. When caregivers encourage a young child to experiment with the world around them, the child learns to be creative, make decisions, and solve problems.

Only one in five Kyrgyz children attend early childhood education programs, and almost 50 percent of children do not have learning materials at home. But Abutalip and Sanabar realized they could encourage their children to play and learn with homemade toys, instead of spending their limited budget on buying toys made in neighbouring China. 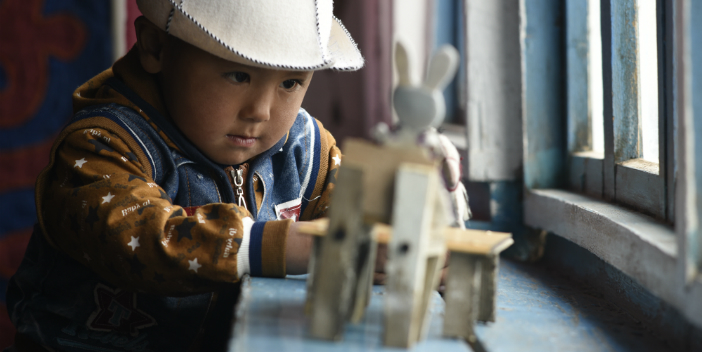 “I am trying to give my children more time than I did before,” says Abutalip. The first toy he made was a small wooden chair; today, Ayana, Nursamit, and Nursalih have a full set of miniature furniture, and cars made out of recycled bottles. Their mother sews felt rabbits, cows, and horses.

Playtime is a chance for families to bond. When children play together, they learn social skills like sharing, negotiating, resolving conflicts, and advocating for themselves. And when parents play with their children, they see the world through their child’s eyes, making it easier to communicate and offer guidance.

“The children are playing and talking with us more, and having a better relationship,” says Sanabar. 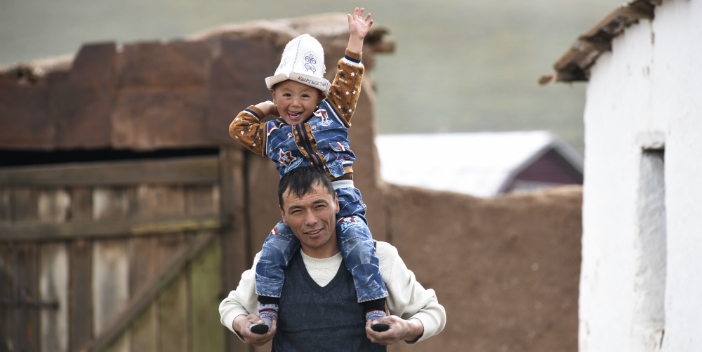 AKFC’s support to the Kashka-Suu parent resource centre is part of a wider program across the Kyrgyz Republic, as well as Afghanistan, Pakistan, and Tajikistan. The initiative, funded in partnership with Global Affairs Canada, promotes health and wellbeing by helping families access better care and information.

Focusing on a child’s early development has real, long-term results. Early childhood learning and care is critical to a child’s success in school, and has been linked to better health, higher incomes, and lower rates of crime in adulthood.

For Ayana, Nursamit, and Nursalih, it might just be fun and games. But for their parents, making toys is an investment in a brighter future for their family – one felt horse at a time. 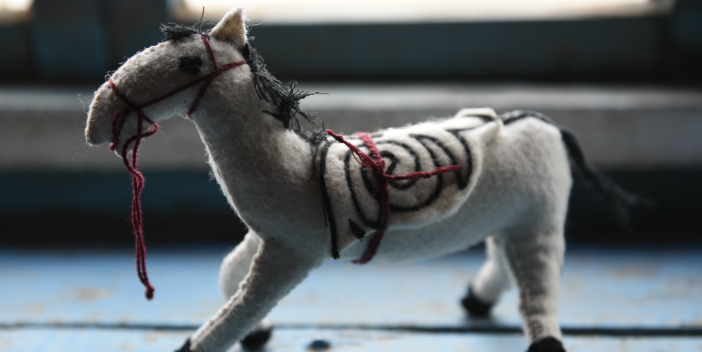