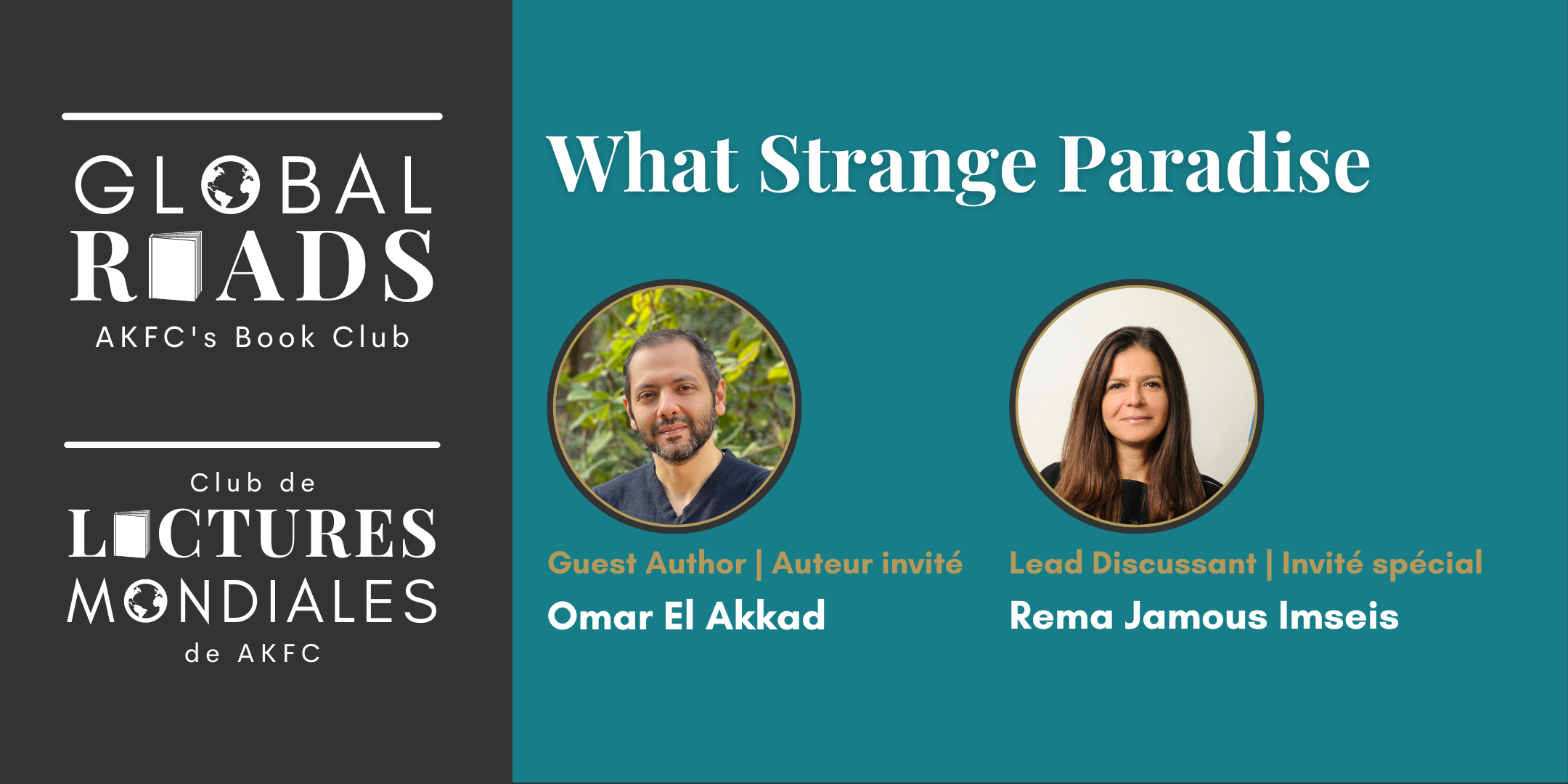 Join us in December for a lively discussion with award-winning author and journalist Omar El Akkad. We will explore his novel, What Strange Paradise, which delves into the complex topic of forced migration from the points of view of two children.

The discussion will be led by Rema Jamous Imseis, UNHCR Representative to Canada.

In Global Reads, we explore a recent literary work focused on international affairs, policy, or practice—with an emphasis on innovation, new voices, and diverse perspectives. Notable leaders and thinkers from international affairs, global development, and allied sectors facilitate lively and inclusive discussions, providing a structure for collaborative interpretation, learning, and growth.  There will be an opportunity to ask questions during a Q&A session as well as connect with other attendees during the session.

Ms. Rema Jamous Imseis is the United Nations High Commissioner for Refugees (UNHCR) Representative to Canada. She formerly served as Deputy Director of the UNHCR Bureau for the Middle East and North Africa, covering operations in North Africa, Yemen, the Gulf Cooperation Council countries, and Israel. Previously, she served as Head of the United Nations Regional Office for the Coordination of Humanitarian Affairs in the Middle East and North Africa. She has been with the United Nations since 2003 and has held a variety of positions in political, legal, and humanitarian affairs. Prior to joining the UN, she served as Legal Counsel to the Information and Privacy Commissioner of Ontario and worked as a litigator in Toronto. Previous work experience includes consultancies and academic research in human rights, judicial independence, and the rule of law.