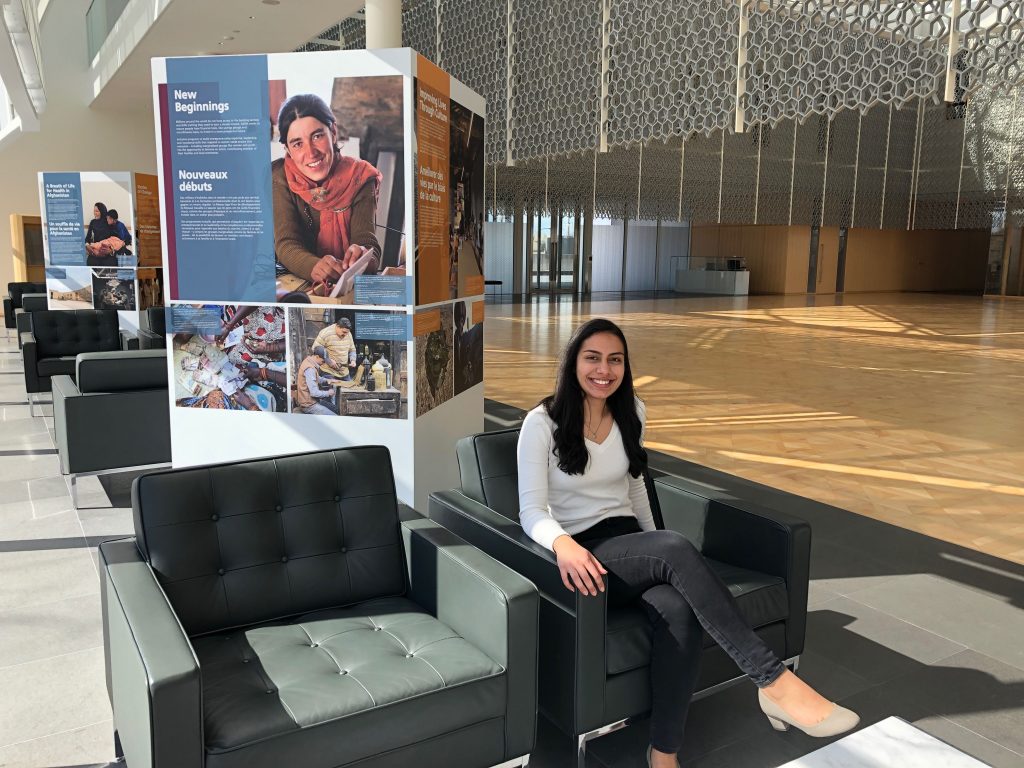 Yasmin Rajwani has volunteered with Aga Khan Foundation Canada (AKFC) for years. She started as a fundraiser for World Partnership Walk in British Columbia, and quickly moved up to school district team captain. But when she moved to Ottawa for university, Yasmin started volunteering at the Delegation of the Ismaili Imamat.

“When I moved (to Ottawa) in September, one of the first things that I wanted to get involved with was the Visitor Program, because a few years back, when I had visited Ottawa for the first time, I visited the Delegation building, and I remember how unique the architecture was of the building, and how I learned so much more about what AKFC does, through that tour,” says Yasmin. She enjoys meeting the many visitors that visit the Delegation of the Ismaili Imamat throughout the year.

Yasmin feels like she has gained a lot from volunteering with AKFC, meeting people from all walks of life, and gaining an appreciation for the breadth of the work AKFC is doing around the world. “I’m inspired to continue to volunteer with this organization because of its values and how they align with my personal values and interests,” she says.

For people thinking about volunteering, even in a small way, Yasmin says to go for it. “Those small actions, even though it might be kind of imperceptible right now, can have the potential to create waves of impact,” she says.

But, it does help if you’re doing something you love. “When you have something that you’re passionate about, that you really enjoy doing, and a cause or an organization that aligns with what you want to be done in the world… That makes the best recipe for success.”