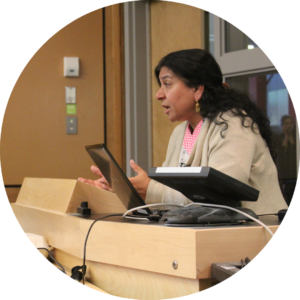 At Aga Khan Foundation (AKF), gender advisors like Yasmin Karim are essential to ensuring that gender equality is a core component of programming and organizational culture.

We sat down to learn more about Yasmin’s work at AKF, how she got started in gender equality work, and her insights into the future of gender equality and international development.

I have been working for AKF since 2011. Currently, I am an advisor for gender and safeguarding for Aga Khan Rural Support Programme (AKRSP) in Pakistan, where I work on integrating and mainstreaming gender in projects. I also support proposals that the sector is developing, so that they are gender-sensitive. I also support process monitoring to ensure that there is desegregated data collection and that gender mainstreaming approaches are followed. Apart from that, I also advise my team in the field to organize training sessions on gender sensitization, gender awareness, and gender analysis.

We currently had some projects which required gender analysis. I’m also trying to build a team – because AKRSP is a donor-funded program of AKF Pakistan, our project numbers fluctuate from time to time, and we usually have to start from the beginning. So, I want to have agenda policies in place so I can ensure that the policy is there at the beginning of the project and can be implemented. I also ensure that gender strategies, safeguarding, equity policies are shared by our human resource department and safeguarding and gender focal people in the field by conducting sessions, and ensure that there are mechanisms to address concerns of complainants, team members, other stakeholders, and community members.

Apart from that, I directly lead two projects related to adolescent sexual reproductive health and rights, one of which is Foundations for Health and Empowerment (F4HE), funded by Global Affairs Canada. I directly oversee and supervise these projects and provide technical support to the teams.

I have worked as a consultant in Tajikistan for the establishment of the Mountain Societies Development Program, as well as some other programs. I have also worked in Afghanistan for assignments as a consultant and a Time and Knowledge Nazrana (TKN). I have also conducted training for the WHO on social mobilization and gender in Tunisia. I have also presented in the US, the UK, Canada, East Africa, Nepal, Bangladesh – I have traveled quite a lot to present my work around the world.

My favourite place was Canada, which I had been curious about my whole life. While I was working on the Enhancing Employability and Leadership For Youth (EELY) program, funded by Global Affairs Canada, AKFC invited me to present my work at a few universities and Ismaili Centres, and then frequently invited me to present at conferences and workshops.

In the late 80s, I joined AKRSP as a social organizer. I was a very junior officer, but I worked here until 2001. During that time, we were working for community development, and I saw that in village communities, the majority were men who were getting organized, forming their institutions, getting projects from AKRSP, and doing a lot of development work. But in the meantime, we saw that women from the village were also sending applications to AKRSP – so, women also want to be a part of development. So why don’t you work for women also?

That clicked for us, and we started forming women’s organizations, adopting a women-in-development approach. Then, I was promoted from social organizer to women in development coordinator by this organization. So, that was the beginning of my career where I worked with women, saw the suffering of women, and got a lot of experience. I then switched to enterprise development and training support programs, and then I came across the gender mainstreaming approach and wanted to learn about it more and do something about it.

I went to the University of Sussex for my master’s degree and met a lot of feminist scholars, feminist movements, and that inspired me. I studied theories and the history of women’s efforts and struggles for empowerment. My inspiration became stronger, and I decided that I would work as a gender advisor.

Outside of my work, I volunteer as a social activist for women’s empowerment, promoting girls’ education, and other things like that.

As a social activist working on gender equality, I have been part of many activist groups in the country. One special moment was during the devolution of power in political participation of the government of Pakistan, where local governance had gotten reforms in 2004, 2005, where women were provided quota opportunities at the grassroots level and encouraged to take part in the political process. They were supposed to be allocated 33% of seats in local governments – but in my area in northern Pakistan, elections were happening, but women were not provided with that quota.

I developed a proposal for the president of Pakistan and met the senators of Pakistan who were driving the electoral processes. The President approved my proposal through a Presidential Order and the ordinance was approved. So, in the northern part of Pakistan, women were allocated quotas of 33% in local governance and half a billion of budget separately for women.

This was one of the biggest achievements in the development sector for political participation and leadership development. I was nominated for a Nobel Peace Prize. The Prime Minister of Pakistan also awarded me a National Human Rights Defender title. 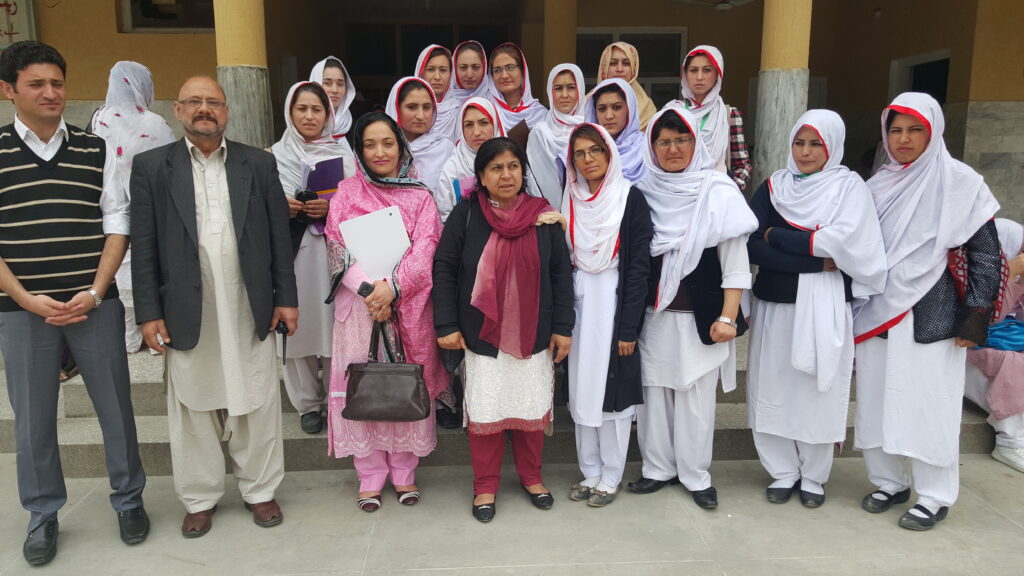 Over my career, I have seen many gender advocates evolve and emerge. Society has also been transformed. With the passage of time, people have become aware of the biases, discrimination, and prejudices, and informed people feel that this is not happening rightly. So, they’re trying to raise their voices. People have become more informed about gender equality. I see in universities, there are hundreds of gender studies graduates.

But the challenge is that our institutions – the state, the private, the public – are not much gender sensitized. Institutions need to improve their own behaviours around gender equality and gender positions.

I’m quite optimistic about gender equality. In this age, young women and men who are coming from universities, who are graduates, who are professionals, are very much gender-sensitive and they want gender-transformative approaches. So, on one hand, positive things are happening.

On the other hand, there are issues and challenges because of gender norms – strong patriarchal gender norms – that relate to gender-based violence, and other biases and discrimination. I’m hopeful that more and more gender graduates will come up and make people more aware and sensitive to gender issues, and society will become more gender-just and gender-equal. I hope people will provide leadership opportunities to women and equal opportunity for employment and social status.

I foresee a good sign from our generations. You know, my family is very much gender-sensitive – most of my children are in sports, and my daughter-in-law is a sports athlete. She is a Pakistan women’s football team captain. My sons have introduced mixed martial arts for girls and boys in Pakistan. My son is a mixed martial arts international champion. And my eldest son is a mixed martial art teacher. My whole family is supportive – my husband just brought me tea and is sitting with me, listening to all the gender dialogue. My family is gender-responsive and gender-transformative. So, you know, they’re playing their own part for gender equality in society.