Spotlight on Jennifer Elms, Gender Advisor at AKFC and AKF-US 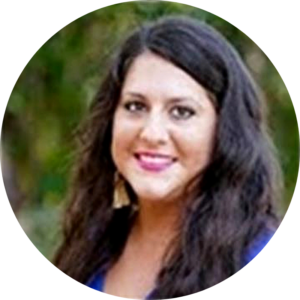 At Aga Khan Foundation (AKF), gender advisors like Jennifer Elms are essential to ensuring that gender equality is a core component of programming and organizational culture.

We sat down to learn more about Jennifer’s work at AKF, and gleaned insight into the challenges of development work from the perspective of a gender equality professional.

I was a youth fellow at AKFC in 2014 and joined AKF as a gender advisor in early 2021. My role can be summarized in three buckets: one is gender integration in programming and providing technical guidance on project design and reporting. The second bucket is organizational, integrating gender throughout the organization and expanding that to our partner units in-country. The third would be capacity building and mentorship. In a nutshell, I would say that I focus on ensuring that we’re at the forefront of innovation related to gender equality by providing training and technical support to teams at AKF Canada and the US, our partner units in-country, implementation teams, and gender focal point people on the ground.

I’ve always been upset by injustice. When I was young and saw somebody on the playground being treated unfairly, my parents always told me that I was very spirited – so it’s kind of in my genetic makeup.

I also had a strong desire to travel and see the world, learn about other cultures, and expand my horizons. It wasn’t long into backpacking and travelling solo that I quickly started seeing these injustices that happen in the inequalities, and I very quickly went from “I don’t want to just see this and learn about it” to “I want to actually do something.” But I was very aware that I didn’t know enough to be able to contribute in any way. So, I started volunteering, just trying to learn and see and experience.

Gender equality, gender issues, other social issues – gender just kept coming back to me, and I kept thinking, “Wow, there’s half a population that is discriminated against based on their gender,” and that eventually led me to think about the spectrum of gender. I decided to do my master’s to take it to the next level. And the more that I learned and the more that I saw, the more I got passionate to just delve deeper and deeper.

I think that explaining any kind of complex idea or social issue or challenge comes down to connecting with the individual and what it means to them.

I remember training with a group of youth in Kenya, and we were doing a discussion. It quickly became obvious that some members of the group were being listened to, and others weren’t. The facilitator picked up on this and asked the group to elaborate, and we realized it was due to different appearances, like hairstyles and hair colours or something like that. We started asking questions like, “How did you feel?”, and it started linking to other factors on why people are treated differently, eventually linking to gender and other identity factors. And from there, we were able to talk about how types of identity factors like gender can be used to discriminate, and how important it is that every individual is treated equally and equitably.

The one thing I remember very well about that exercise was that the group who had been discriminated against became very vocal and outspoken about their treatment. But the other group kept trying to justify their actions. It brought out human tendencies of privileged people, I’ll say – when you have privilege, you might justify it for yourself.

I’m currently working on an AKFC-supported program based in Pakistan called Broadening Economic & Social Transformation for Women’s Economic Empowerment & Recovery (BEST4WEER) which is an extension of a previous program called Enhancing Employability And Leadership For Youth (EELY).  EELY was specifically focused on empowering youth, and their gender equality strategy was so innovative. Not only did the EELY program focus on enhancing the skills and employability of women, but it also went deeper into the market systems and looked at eliminating barriers and transforming social norms so women would enter non-traditional trades. Non-traditional trades are particularly close to my heart because my husband and I worked with a small grassroots group of women who were interested in being boda boda (motorcycle) drivers.

With BEST4WEER, we took that gender component from EELY to build out an entire project, which is probably the most exciting to me. And to see where it’s going to go now, as the project expands in geography and innovative approaches.

First and foremost, if you have the opportunity to get in the field and work with the people you want to serve, do it, do it, do it. Not only will that enrich your ability to effectively advise or integrate gender, but it will also keep you close to the issues and the impacts that people feel. I think when you’re sometimes sitting at your desk and living a privileged life in Canada, it can be very easy to get distanced from the nuances, and the real impacts, meanings, and risks that any kind of activity could have on people. I think it’s important to shift from theoretical application to asking questions like, “What are the real implications? If we do this, how will it affect people? How will it affect our staff? How are they going to feel when they’re implementing this? How will the people in the community feel?”. It just really enriches what you’re trying to do.

When you work in international development in general, it’s really to get discouraged – it’s good to feel the heaviness of your work, but progress can be slow, especially if it’s sustainable. True impact can take time, and there can backslide. I saw that all the time when working on the frontlines of sexual and gender-based violence. So being able to identify and remind yourself of your values and why you’re doing this work is important for anchoring yourself. That’s critical to do, so you stay motivated, stay engaged, and stay connected with the work. Also, you should keep strong connections with the people you’re working with and serving.

I would also say to be humble. We carry different levels of privileges from our experiences, backgrounds, ethnicity, race, and it’s important to be mindful of implicit bias based on our own experiences. Keep yourself grounded because you don’t know everything – in fact, the more you learn, the more you learn what you don’t know, so there are always areas to keep exploring and people to learn from. Don’t discourage yourself but be mindful that you carry a responsibility in the work that you do. Be conscious and mindful, and intentional about that responsibility.

My mind goes to a couple of areas. One is the situation of the world – I think COVID-19 is going to have long-lasting ripple effects and implications that might send us, or are already sending us, backwards. So being able to keep progress while adapting and being able to respond better and more effectively will be a challenge. We will need more resources, and I think climate change will intersect with this. All these effects will be compounded, and we need to be on our toes and try to be a couple of steps ahead.

I think the intersectionality piece is also a challenge. We’ve moved away from top-down approaches to more collaborative approaches, which is fantastic. But I think we still tend to have a bit of a one-size-fits-all approach. This focus on innovation, intersectionality, acknowledging power dynamics in international development practitioners will have to be balanced – keeping approaches customized but broad enough to meet the needs of a critical mass. It’ll be a challenge, but I think it’s also an interesting opportunity to explore how we can do things better, such as shifting more from a dichotomy of man-woman to using an intersectional approach and include diverse genders. Complexity creates the challenge.

The obvious one is that I want gender equality to be achieved, and I wish that it will be in my lifetime. But beyond equitable resources and opportunities, my hope would be that, whether it’s individuals, families, communities, institutions, or governments, gender equality becomes so part of everybody’s DNA that integrating gender and using a gender lens will be a part of everyone.

That would lead to ultimately achieving gender equality. But I feel like there are critical barriers, mindsets, and social norms that need to be shifted for this transformation. But that would be my ultimate hope.